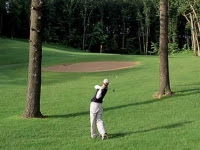 Golf fans probably enjoyed watching the duel between Phil Mickelson and Bubba Watson this weekend. (Watson won by one stroke, in case you care.) Mickelson played very well and could have won, but he missed a couple of close putts and at one point hit a ball off the tee that went off target and hit a spectator. What does this have to do with torts? It reminded me that I had not yet reported on the decision of a case I have been following for over a year!

Long time readers of this blog will remember that back in April of 2009 I reported on a case called Anand v. Kapoor in which the court discussed the issue of whether a golfer can be liable for his conduct on the golf course if this conduct creates an unreasonable risk of harm to others. In the end, the court held that the voluntary decision to participate in the game means that golfers assume the risk of injury. As I said last year in my original post on this case, I disagree with this holding as a torts professor and as a golfer!

The court's decision is available here. My original comments about it is availble here and here. The case was appealed and last December the Appeals Court issued its ruling. In a 2 page long opinion that adds nothing to the one by the lower court, the court affirmed. I still don't like the result, but because the new opinion adds nothing, I will not repeat my objections to the analysis here. You can read my older posts on the subject mentioned above. For more go to the Wall Street Journal Law Blog and to Jonathan Turley's blog.
Posted by Professor Alberto Bernabe at 4:49 PM