One of my students sent me some links to a story out of Austin, Texas that illustrates a number of interesting points, including why a client should not address the media before talking to his lawyer.  The case is very similar to Enright v. Groves, a case that you probably read in law school on the basic principles of the tort of false arrest.  You may have heard the story, which apparently has been going around the internet for a few days, but here it is just in case.

According to the news stories I have read, it sounds to me the police set out to catch (and ticket) jaywalkers at a certain intersection.  A young lady came by jogging while listening to music through earphones and did not stop for the "do not walk signal."  After she crossed the street, an officer told her to stop but she didn't.  The officer then chased her down and detained her.  Exactly how that happened is subject to debate but the fact is she was pulled by the arm, detained, handcuffed and was taken to a police car.  Some of this was caught on tape and photos. Later, in response to the reaction to the story, the Chief of Police declared that the woman was arrested for "failure to identify" not for "resisting arrest."  He also said that she went to jail because she failed to answer a question she was legally obligated to answer.

Here is the problem: the Chief is wrong.  According to the law, the police can't arrest someone for failing to produce an ID on demand.  They also can't arrest you for refusing to identify yourself at their request.  The statute in question states that "a person commits an offense if he intentionally refuses to give his name, residence address, or date of birth to a peace officer who has lawfully arrested the person and requested the information."  In other words, the offense is only committed if the person refuses to identify herself after they have been lawfully arrested.  Arresting someone for failing to identify herself, without more, is not a lawful arrest.  Bottom line, the woman had no duty to answer the question and the police had no legal authority to put her under arrest for it.

If the police had arrested the woman for something else (like jaywalking or resisting arrest) with probable cause, then she could be charged under the failure to identify statute.  But the Chief admitted publicly and in camera that that is not what happened.  In the televised press conference, he clearly stated (more than once) that the woman was arrested for failing to identify herself, and that "that" is why she spent time in jail.

Well, Chief, you just handed her a claim for false arrest (at least) on a silver platter!
Posted by Professor Alberto Bernabe at 10:48 AM No comments:

Assumption of the Risk? (part 2)

I was asked to comment on my rhetorical question related to assumption of the risk as suggested by the photo I posted below. 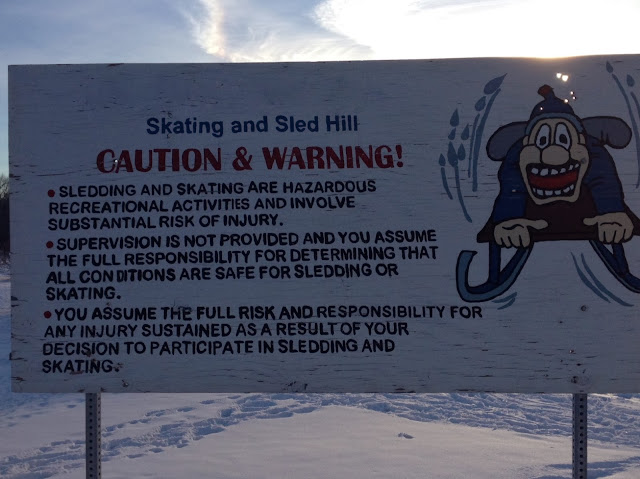 The question is whether a defendant could claim assumption of the risk based on the statement included in the sign.  My answer is that the sign itself does not support the argument, but the argument can be made regardless of the sign.
What do I mean by that?  I mean that the sign may help the defendant, but only if the defendant can prove the plaintiff read it.  Otherwise, the sign is pretty much irrelevant.

The message in the sign does not constitute a form of "express" assumption of the risk, because the sign, by itself, does not create an agreement between the parties.

Moreover, to support an argument of "implied" assumption of the risk, the defendant would have to show that the plaintiff knew of the risk, appreciated its magnitude and voluntarily decided to take the risk anyway.  A defendant may very well be able to support that argument but the sign is not needed for that.

So why put the sign up if it sounds like it is almost irrelevant?   Well, there are a couple of reasons.  First, the sign really is just what it says at the top:  a warning.  And if the defendant can show the plaintiff read the warning, the defendant can support the argument for implied assumption of the risk.  Second, the sign may discourage people from suing by suggesting that they don't have a right to do so.

Having said all that, it should be noted that many jurisdictions don't recognize assumption of the risk as a separate defense anymore.
Posted by Professor Alberto Bernabe at 9:01 PM No comments:

Labels: Assumption of the risk, Sports

Iowa Governor Terry Branstad's 2015 state budget proposes a cap on non-economic medical malpractice awards arguing it is needed to keep doctors from leaving Iowa.  This might be a good idea were it not for the fact that it has no basis in reality.  The myth that doctors move away because of the effects of medical malpractice litigation has been debunked time and time again. Unfortunately, reality never stops tort reformers from trying to push their agenda.   For more go to the Torts Profs blog.
Posted by Professor Alberto Bernabe at 10:53 PM No comments:

Assumption of the Risk?

My kids love sledding.  Here is a sign at the hill near our house.... 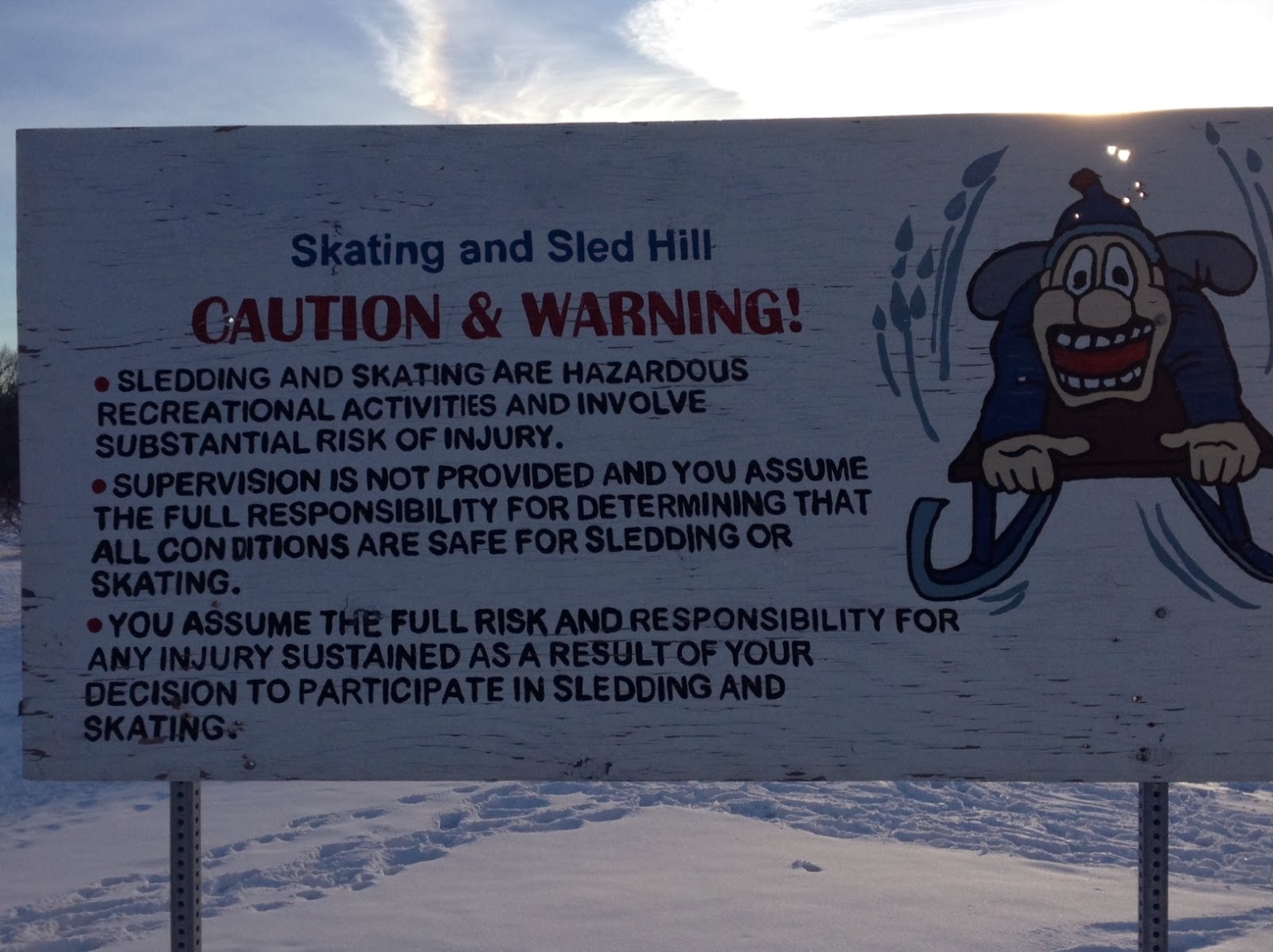 Posted by Professor Alberto Bernabe at 10:23 AM