New study finds many direct to consumer advertising of prescription drugs are misleading. Is anyone surprised?

A new study published in the Journal of General Internal Medicine prepared by researchers from the Dartmouth Institute for Health Policy found that six out of every ten direct-to-consumer drug advertisements shown on television provide false or misleading information.  The ads omitted or exaggerated important information, provided opinions or made meaningless associations with lifestyles.  Go here and here for more details.  In my opinion, this is hardly surprising.  Ever since the beginning of DTC advertising it was clear the intent was the same as with all other advertising: to get people to buy something, not to provide public service announcements.
Posted by Professor Alberto Bernabe at 12:31 AM

Since last year there has been a lot of discussion on whether highly caffeinated drinks are dangerous - particularly to children.  AboutLawsuits is now reporting that four Democratic Senators are calling on manufacturers of popular energy drinks to stop marketing their products to children, following increasing concerns about health risks. The letters were sent out to the makers of several different energy drinks, including Red Bull, 5-hour Energy, Monster Energy and Pepsi Co. Inc. The letters ask the energy drink companies to stop advertising to children under the age of 18, to provide information on the label about the total amount of caffeine in the products and to change their policies so that they are not selling energy drinks in schools or at school events. For more information go here.

According to a new report, the number of motor vehicle product liability lawsuits filed in federal courts has dropped nearly 40 percent over the past five years.  The full report is available here.

Thanks to Victor Salas for the link!

New study estimates about 400,000 people die because of hospital mistakes every year

As many as 400,000 Americans die every year because of hospital mistakes that could have been prevented, according to the findings of a new study.  Previous reports placed the death toll from preventable hospital errors at around 98,000.  Go to AboutLawsuits for more information.
Posted by Professor Alberto Bernabe at 8:02 PM

The most recent Coverage Opinions newsletter just came out and to celebrate the start of the football season it features an interview with Football Hall of Fame and Minnesota Supreme Court Justice Alan Page as well as a list of interesting football related cases.  You can access the newsletter here or download it directly in pdf here.
Posted by Professor Alberto Bernabe at 2:09 PM

After the Oklahoma Supreme Court declared the Oklahoma attempt to reform tort law last year, the legislature was back at it again this week in a special session - the first one since 2006.  In the last day of the five day session, the Oklahoma Legislature passed about two dozen bills to address legal procedures in areas such as medical malpractice, class-action lawsuits and product liability.  Some appear to be similar to the ones already declared unconstitutional, which caused some debate.  Most others, apparently did not generate much controversy.  According to one account, the Senate took less than two hours to pass its dozen bills with little discussion or Democratic opposition. Go here and here for more details.  The bills will now go to the governor.  Eventually, they will be challenged in court and, likely, declared unconstitutional again.  But we'll have to wait and see...
Posted by Professor Alberto Bernabe at 3:47 PM

Comment on the NFL settlement in the case related to concussions

Prawfblog has a short comment on the NFL settlement.  It addresses the fact that some have criticized the settlement as inadequate and the NFL for settling the claim.  The author, however, argues that the critics misunderstand the nature of the civil tort law system.  Take a look at the comment here.

Thanks to Torts Today for the link.
Posted by Professor Alberto Bernabe at 9:40 AM

Check out this photo of a policeman allegedly texting while riding.  Is this "negligence per se"?  Thanks to Jonathan Turley for the photo, who also comments on it here. 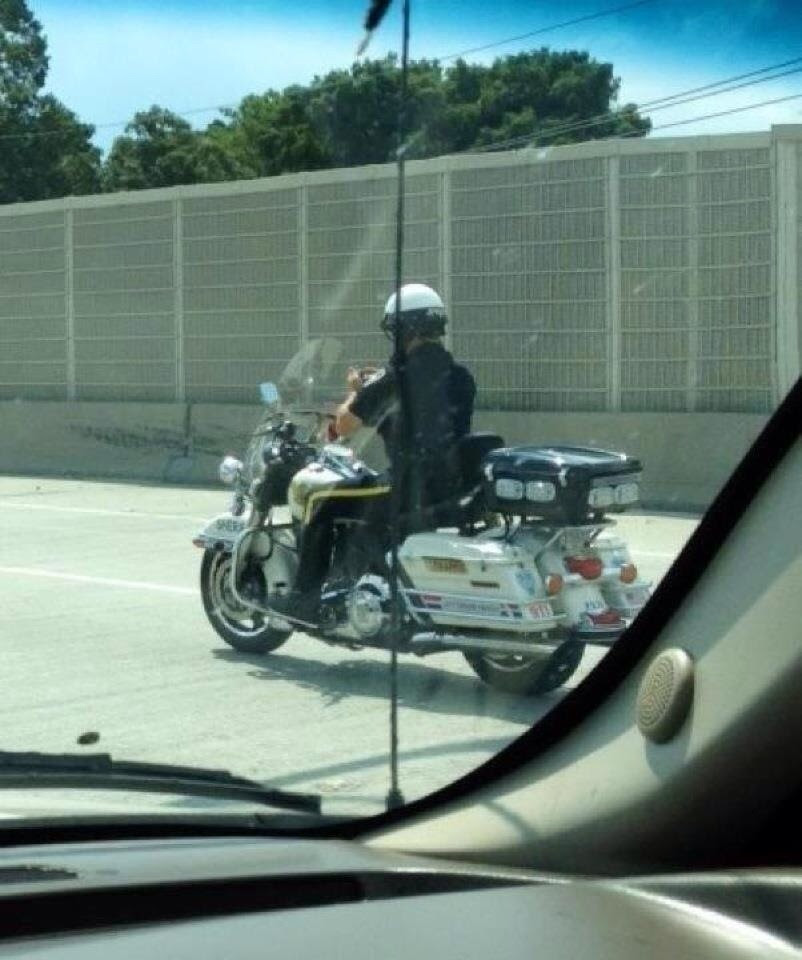 Posted by Professor Alberto Bernabe at 9:22 AM

Here is a quiz for my students, from the pages of today's Legal Profession blog:

At the conclusion of a session of bond court, respondent kissed the clerk who had been working with him on the forehead. Respondent contends that the kiss was a gesture of appreciation for the clerk's hard work and that he in no way intended it to be an amorous gesture. However, respondent recognizes the clerk was offended by the gesture. The magistrate resigned when the clerk complained to the Chief Magistrate and was reprimanded by the South Carolina Supreme Court.

Is he subject to liability for battery?
Posted by Professor Alberto Bernabe at 4:35 PM

Erwin Chemerinski has published a short comment on the state of the law related to preemption related to claims against manufacturers of generic drugs.  You can read it here.
Posted by Professor Alberto Bernabe at 4:28 PM

As you probably know by now, a few days ago the NFL agreed to settle the lawsuit filed by former football players and their families related to concussion injuries. (Go here for a comment on the case.  For more, click on the "sports" label and scroll down.) The League agreed to pay $765 million dollars to fund medical exams, concussion-related compensation, medical research for retired NFL players and their families, and litigation expenses.   While the number sounds huge, there is a serious debate whether it is adequate compensation.  I am sure you will find lots of stories and comments just by searching (or "googling") the story.  For two comments by law professors go here and here.
Posted by Professor Alberto Bernabe at 2:24 PM

Back in May, I wrote about a case pending in New Jersey that involved a plaintiff who had been injured by a driver who was distracted by a text message. (See here.) The plaintiff argued that "the court should impose a duty of care on those who know the recipient is both behind the wheel and likely to be reading texts while driving."

As I wrote back then, both plaintiff and defendant had good arguments and the issue depended on the circumstances:  "If the plaintiff can prove that the texter knew the driver was driving at the time and would pay attention to the text immediately, I have no problem recognizing a possible cause of action. Why? Because I think reasonable people would disagree as to whether a reasonable prudent person would have sent the text under those circumstances."

Now comes news that the Appellate Division of New Jersey Superior Court has decided the case holding that the person who sent the text can be liable but only if the texter knew that the recipient was driving and reading texts while driving.  Given the facts of the particular case, though, the court held that no liability could be imposed against the text sender in the case because there was no evidence that the sender was aware the driver would read her text as he was driving or that he would respond immediately.

The court summarized its conclusion this way:


"To summarize our conclusions, we do not hold that someone who texts to a person driving is liable for that person's negligent actions ... We hold that, when a texter knows or has special reason to know that the intended recipient is driving and is likely to read the text message while driving, the texter has a duty to users of the public roads to refrain from sending the driver a text at that time."

Given what I wrote back in May, you can guess I think that is the correct decision.  The case is called Kubert v. Best and it is available here.

Having said all that, one important question that needs to be asked is whether the reasoning of the case can, will or should be extended to cover phone calls (as opposed to "texts.")

It should be noted that the court is not imposing vicarious liability on the texter for the negligence of the driver (as has been reported elsewhere).  The court is clear that the liability imposed on the defendant is based on the defendant's own negligence (and that is why it is limited to those cases where the defendant knew the driver was driving and would likely be distracted).  This is similar to the accepted notion that a passenger could be liable for negligently distracting a driver.