Play Ball! Some thoughts on torts and baseball 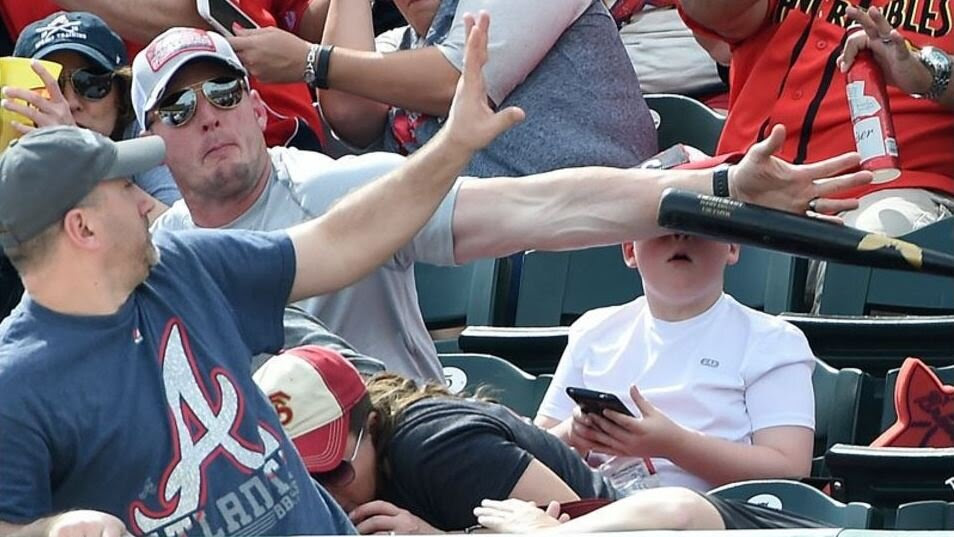 Baseball fans are eagerly awaiting the beginning of a new season.  But, with a new season, we also get the renewed debate regarding safety at the ballpark.  Just a few days ago, at a spring training game, the quick reflexes of an adult saved a child from serious injury (or worse) when a bat flew into the stands.

That child was lucky. Really lucky.  According to one source about 1,750 people get hurt during major league baseball games primarily from foul balls and broken bats.  (Other common claims include injuries caused by team mascots.)  Many suffer severe injuries, yet few have been able to recover compensation.

One important reason for this is that many of the cases have been decided using a confused analysis based on the argument that people (both participants and spectators) assume the “inherent risks involved in the game,” often referred to by the unfortunate term “primary assumption of the risk.”  Yet, the analysis in most of those cases is not particularly coherent and I continue to be amazed at the fact that after so many years of common law so many courts are still unclear about the concept of assumption of the risk as it relates to sports and recreational activities.

Take the cases involving claims against bat manufacturers for injuries caused by aluminum bats, for example.

In the past few years there have been a number of cases imposing liability on aluminum bat manufacturers because the ball travels off them at a much higher rate of speed putting fielders are at a higher risk of injury.  In response, you often hear criticism from defendants and others that are quick to quote the notion that players assume the inherent risks of the game.  Using the same argument, some take the rhetoric even further and use it to attack the tort law system itself claiming that the lawsuits are just another example of plaintiffs’ lawyers bringing frivolous claims.

I think those arguments miss the point.  Granted; risk, danger and injuries are a part of life, let alone of baseball.  However, tort law is one of the mechanisms we can use to regulate the level of risk we are willing to live with.  You can’t play baseball unless the hitters use a bat. But it does not have to be an aluminum bat. Why expose the players to more danger if there is a safer alternative? The alternative is not perfect and it won’t eliminate all the risk, but it is safer.

The point is that litigation often helps society define the limits of the acceptable level of risk we are willing to take for any given activity.  We have accepted the risks of baseball when played with hardballs and solid wood bats.  But as we start our kids playing the game earlier and earlier we want them to be as safe as possible while still playing the game.  That is why we now require better helmets and protection.  That is why Little League Baseball has banned the use of dangerous aluminum bats and regulates those that are permitted for competition.

Now, some argue the resulting injuries would be the same even if the bats are made of wood. I have no expertise on that question, but I can concede that it may be true in some cases.  On the other hand, I am sure it is not true in all cases, and it is those cases that matter.

The risks inherent to baseball have changed over the years and it is perfectly reasonable to find that our tolerance for more risks has a limit.

The cases involving spectators are even more problematic.

In these cases, many courts refer to what they often call “the baseball rule” according to which baseball park operators are excused from liability based on the notion that spectators assume the risk of being hit by foul balls or bats that fly into the stands.  According to the argument, these are risks "inherent to the game."  Many jurisdictions do follow this notion, usually again referring to it as the confusing concept of “primary assumption of the risk.”

The confusion starts because it is often said that spectators assume the risk of getting hit by foul balls at baseball games and that, thus, those in charge of the park do not have a duty to protect them.  Neither of the two parts of this statement is entirely correct.

First, it is well known that all baseball parks have installed some form of "netting" to protect the members of the public who sit behind home plate (and some distance between there and first and third bases).  Thus, the park operators do have a duty to those spectators.

When applied to baseball, the policy question should be answered by saying that an operator of a baseball stadium has a duty to protect the spectators sitting in the most dangerous part of the stadium and to exercise ordinary care to prevent unreasonable, foreseeable risks of harm to others.  This means that a defendant can’t claim a plaintiff assumed a risk created by the defendant’s own negligence.  This approach will yield good results not only in spectator injury cases but also in other sports cases.

What makes this issue more interesting this year is that given last season's many gruesome incidents in which fans were struck by balls and shattered bats, Major League Baseball issued a recommendation for all 30 clubs to extend the protective netting farther along the baselines to first and third.  (See NYT article.)

This sounds like a good decision, but, as explained in a New York Times article, the new MLB policy can't be more lame.


Under the new policy, teams are “encouraged” to extend the netting behind home plate a mere 70 feet or so down the foul lines, to the “near ends of both dugouts” — that is, the end of the dugout closest to home plate. Note that this is not a mandate but merely a recommendation. It also calls on teams to “explore ways to educate their fans” on the inherent dangers of sitting close to the action and the importance of paying attention. And it wants teams and ticket vendors to make clear to the fans which seats are protected when they are buying tickets.

Thus the new "policy" does not require the teams to do anything and most of it is to encourage them to do what they can so they can later claim "assumption of the risk" by arguing that the fans were warned about the risk.

Some teams have announced they will provide more protection to fans, but some will not, and accidents will continue to happen.  Then, as it happened in the NHL in 2002, someone - perhaps a child - will get killed and the league will change its policy.  In 2002, the N.H.L. mandated safety netting at its arenas after a girl was struck in the head by a puck and died from her injuries.

It does not make any sense for MLB to wait until something like this happens.  And if you don't think it will, take another look at the photos of that recent game.  What do you think would have happened had the adult not extended the arm in front of the child's face?  (Read about them here.)

For more commentary on this issue and a discussion of ongoing litigation against the New York Yankees take a look at this article.

Posted by Professor Alberto Bernabe at 12:13 AM