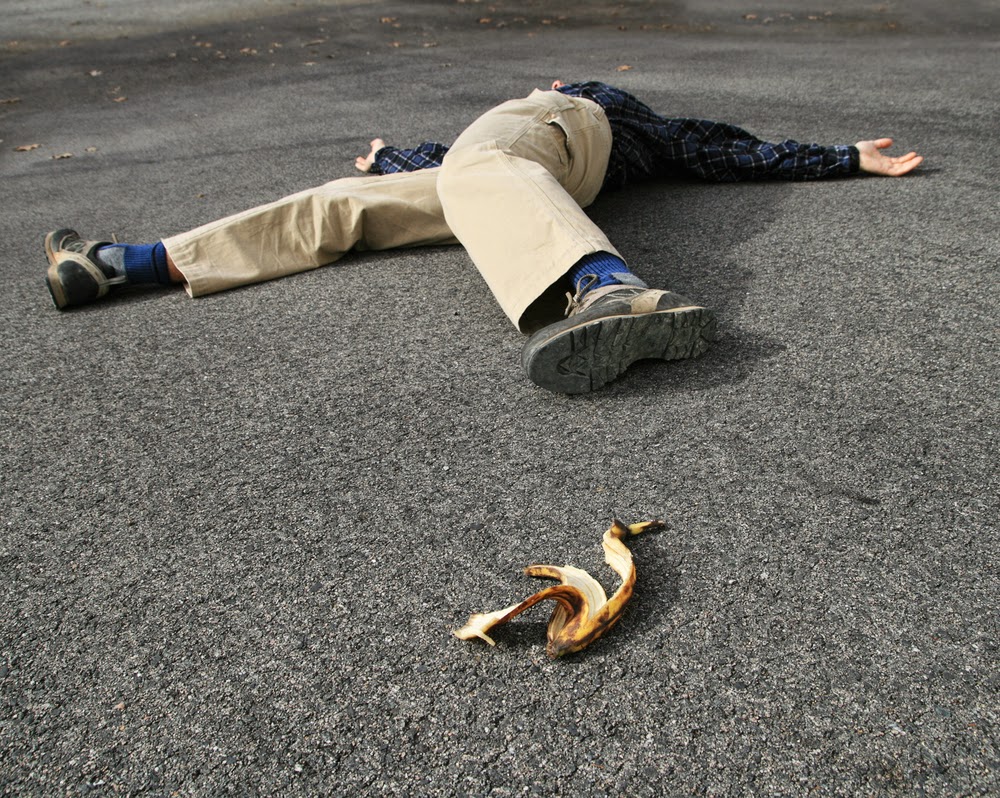 Torts professors and students who cover classic cases like Goddard and Anjou to discuss how to use direct and circumstantial evidence to prove the elements of a cause of action, might be interested in this story on the Ig Nobel prizes published by Smithsonian magazine a few days ago.  The Ig Nobel prizes are awarded to researchers whose work highlights the surprisingly practical implications of ridiculous sounding scientific research.

The 2014 awards were handed out at Harvard University about a week ago and the prize for physics was awarded to a study on the frictional coefficient of banana peels.  In other words, a study on how slippery banana peels really are. And, according to the study, it turns out that banana peels are especially slippery, even when compared to other fruits' peels, because of polysaccharide molecules in the peel.  More importantly, the study will help with the design of better prosthetics.
Posted by Professor Alberto Bernabe at 1:23 PM